OpenFaaS is an open-source framework for building serverless functions with containers. Serverless functions are pieces of code that are executed in response to a specific event, such as an HTTP request or a message being added to a queue. These functions are typically short-lived and only run when needed, which makes them a cost-effective and scalable way to build cloud-native applications. OpenFaaS makes it easy to build, deploy, and manage serverless functions. OpenFaaS CLI minimizes the need to write boilerplate code. You can write code in any supported language and deploy it to any cloud provider. It provides a set of base containers that encapsulates the ‘function’ with a webserver that exposes its HTTP service on port 8080 (incidentally the default port for Google Cloud Run). OpenFaaS containers can be directly deployed on Google Cloud Run and with the faas CLI on any cloud provider.

Kubeflow is a toolkit for building and deploying machine learning models on Kubernetes. Kubeflow is designed to make it easy to build, deploy, and manage end-to-end machine learning pipelines, from data preparation and model training to serving predictions and implementing custom logic. It can be used with any machine learning framework or library. Google’s Vertex AI platform can run Kubeflow pipelines. Kubeflow pipeline components are self-contained code that can perform a step in the machine learning workflow. They are packaged as a docker container and pushed to a container registry that the Kubernetes cluster can access. A Kubeflow component is a containerized command line application that takes input and output as command line arguments.

Let me take the OpenFaaS golang template as an example. The same principle applies to other language templates as well. In the golang-middleware’s main.go, the following lines set the main route and start the server. This exposes the function as a service when the container is deployed on Cloud Run.

I have added the following lines [see on GitHub] that expose the same function on the command line for Kubeflow.

If the input and output file names are supplied on the command line as in kubeflow, it reads from and writes to those files. The kubeflow component definition is as below:

With this simple tweak, we can use the same container to host the function on any cloud provider as serverless functions and Kubeflow components.  You can pull the modified template from the repo below. 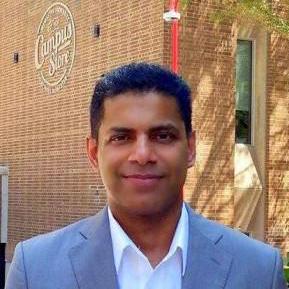 0 Subscribers 0 Watchers 0 Forks Check out this repository on GitHub.com (this link opens in a new window)